Biodiversity, or also called biological diversity, refers to the great variety of living beings existing on the planet, genetic varieties produced by the evolution of species and by human influence on ecosystems. Much of our economy and our well-being is based on the benefits of nature, we depend on it for our food, clothing, water, clean air, among others.

We know a part of the planet's mega diversity as tropical forests and, due to our geographic location close to the equator, the 60% of our territory is covered with tropical forests, which places us on the highest scale in the world ranking. in terms of biodiversity. We are the second country with the largest amount of Amazonian forests in the world after Brazil, the ninth in the planet with an extension of forests, and, according to the National Forest Program, the fifth country in the world with the highest percentage of primary forest ( 4%) in relation to the surface of its national territory. We are included within the 17 most megadiverse countries in the world, which together are home to 70% of the planet's biodiversity.

Maintaining all this wealth carries a very high responsibility. We have the opportunity to demonstrate that we can sustainably manage our natural resources and thereby contribute to mitigating the effects of global warming. There are different ways to contribute responsibly to the care of forests. From organizing ourselves in our localities for the proper use of a natural resource, to the articulation and operation of multi-level and multi-stakeholder platforms (local, national, intersectoral government, civil society, local populations, etc.) for the promotion of the conservation of natural resources. natural resources, of the tourist and landscape wealth of a certain place; among other ways.

In 2012 I had the opportunity to get to know a small part of the tropical forest of our country: AGUAS CALIENTES, located 15 kilometers from the city of Contamana in the department of Loreto; It is a tourist area where we can find "the union" of two streams of volcanic origin, whose boiling waters make their way and flow through the tropical forest. Likewise, I was able to appreciate imposing waterfalls and multi-colored macaw sighting areas. At that time, I was amazed by the population that lives in the surroundings of the tourist area, whose access was by a carriageway (currently paved) and for an hour we had to maneuver through plots, herds of cattle scattered in various sections, among others. . After my foray into the tourist area, I returned to Contamana with the satisfaction of having known one more wonder of the Peruvian Amazon, without predicting that four years later I would have the opportunity to return to this area as a specialist in Natural Resources at the Center for Development del Indígena Amazónico (CEDIA), a strategic partner of the Regional Environmental Authority of the Regional Government of Loreto, with the aim of protecting this area and others that are continuous with it, with high value for conservation, through the establishment of a Regional Conservation Area ( ACR), which the local population would call Aguas Calientes Maquia (ACM).

The proposal of the Aguas Calientes Maquia Regional Conservation Area (ACR ACM), which spans three units of rare landscapes in the Amazon (alluvial, hilly and mountainous), presents an undeniable ecological, economic and social relevance for Contamana and the Loreto Region . The presence of hot springs and outcrops of singular scenic beauty, as well as different altitudinal gradients in a good state of conservation, where the water resources, flora and wild fauna in three landscape units are relatively unaltered, stand out in it. alluvial, hilly and mountainous.

Efforts to protect this area so representative of the city of Contamana have a fundamental component for any process: the support of the local population.Since 1998, the population has been demanding that the Peruvian State conserve this space for three reasons. fundamental: 1) It is a source of water supply for the city of Contamana and neighboring towns. 2) provides natural hydrobiological, forest and wildlife resources[1], and 3) for its scenic beauty that attracts the glances of foreign and national tourists year after year (we invite you to see the program “Reportaje al Perú” on TV Peru https://youtu.be/bg4j55NhiSU to check it).

20 years have passed and efforts to achieve the conservation of this space have increased. The Regional Government of Loreto, in conjunction with the National Service of Protected Natural Areas - SERNANP, cooperating sources and strategic partners such as CEDIA, SPDA, DAR, ProNaturaleza, among others, have been working to establish the ACRACM proposal.

During the establishment process, the great responsibility and leadership of the neighboring communities to the proposal is noteworthy, especially those located in the western area (Alto Perillo, Canelos, Monte de los Olivos, Nuevo Canchahuaya, Nuevo Isla Baños and Nuevo Encanto de Suni) who, since 2007, formed the Asociación de Pueblos Cinco Unidos with the initial objective of titling their communal territories and thus safeguarding their territorial space, which in those times was superimposed on the Sierra del Divisor Reserved Zone, and after several years, they became faithful guardians of the Amazon, blocking the constant threats of illegal extraction of natural resources. Years of struggle went by for the State to clean up its territories, until in 2016 the Sierra del Divisor Reserved Zone was categorized in the National Park and the superimposed territories were released to the communities, leaving them suitable for titling.

Finally, on February 21, 2018, the unusual, the sought after, the dreamed of, the yearned for by the communities happened, and I had the opportunity to hear the rumbling of the auditorium of the Iquitos Bar Association when the representative of the Regional Agrarian Directorate ( DRAL) announced the delivery of the property titles of the communities, during an event to present the life plans of those same communities. For me, it was like remembering Peru's goal that brought us back to a World Cup. Particularly the news shook my emotions, it witnessed the recognition of the hard work for more than 10 years of management of the inhabitants in conjunction with the authorities of the Regional Government and cooperators such as CEDIA.

Upon returning to these communities, after this historical event, I found a greater commitment to conservation, the credibility of local and regional authorities increased and although the process of establishing the ACR ACM has yet to be completed, a first achievement has already been achieved, the titling of 6 communities.

As part of the CEDIA team, which helps the Regional Government in this process, I conclude this brief writing, reinforcing the absolute importance of maintaining an articulated work with all the actors linked to the territory and manifesting that preserving tropical forests is an initiative of each one. But together we can achieve many things, as long as we want to continue enjoying its benefits in a sustainable way. 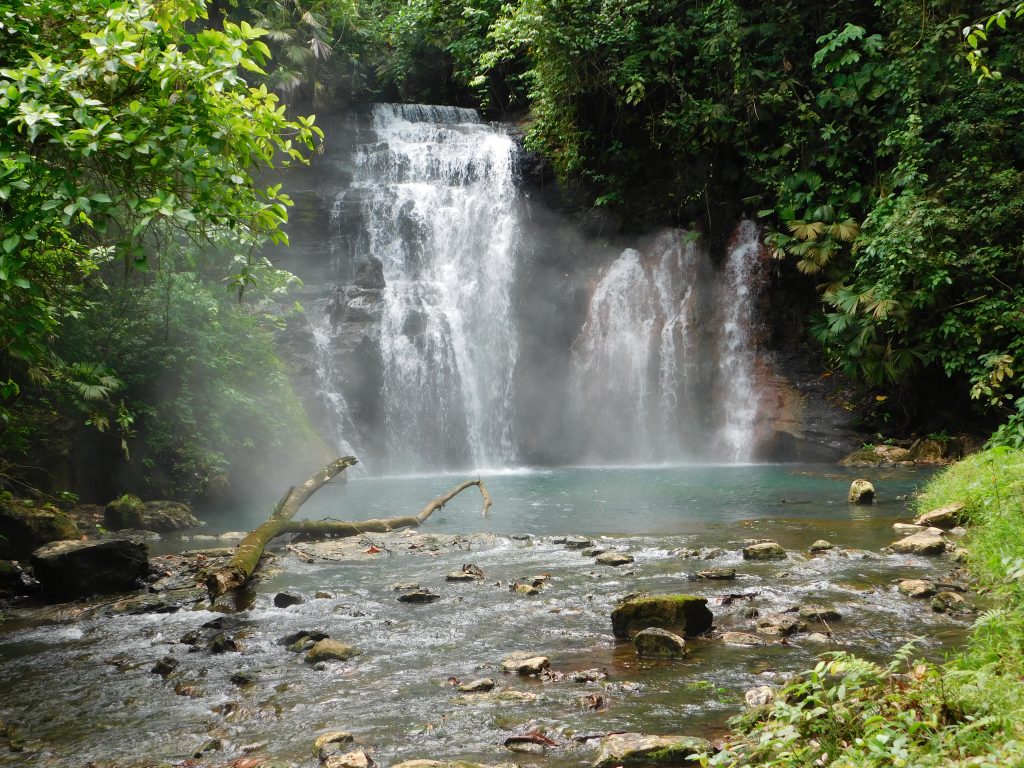 [1] The population settled in the western zone, surrounding the proposal, is mainly dedicated to agricultural activities. On average, each family has 18.8 ha., Of which 50% is with primary forest, 20% as “purma” or secondary forest and the rest (5.7 ha on average) with crops or pastures; They also take advantage of various resources from the forests of the ACR ACM proposal, so we have that 31% of families develop hunting, 19% extract wood, and 10.3% fish in some body of water.