General objective
Strengthen the capacity of the Asháninka and Machiguenga communities of the Apurímac river valley and their representative organizations, for the communal management of their forests as a strategy for the gradual elimination of the causes of poverty.

Lines of action:
1. Territorial planning for the legal physical sanitation of native communities of the Apurímac Valley
2. Capacity building of Ashaninka and Machiguengas communities to orient their development strategy towards the communal management of their forests.
3. Nursery reforestation communal species with commercial and cultural value.
4. Participatory development of plans community forest management and its implementation.
5. Sustainable economic initiatives and strengthening the management capacity of Ashaninka communities.

Achievements achieved:
1. 28 native communities of the Apurímac River Valley have their respective property titles to their territories registered in the Public Registries.
2. Ashaninka and Machiguengas communities have oriented their development strategy to the communal management of their forests.
3. Six communal nurseries made by an equal number of Ashaninka communities with a total of 18,000 mahogany seedlings and other forest species of commercial and / or cultural value reforested.
4. Four community forest management plans developed in a participatory manner and being implemented by the beneficiaries. 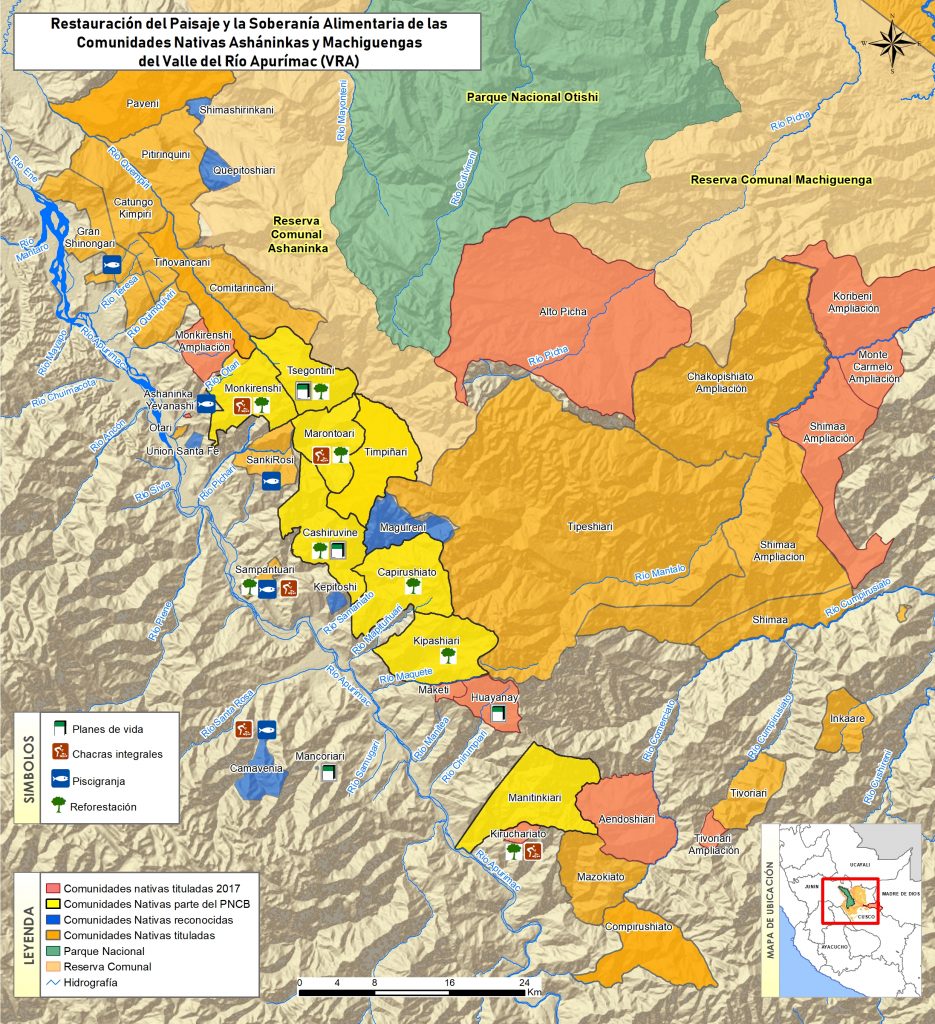 To request more information write to us at cedia@cedia.org.pe.