Progress for the co-management of the Huimeki Communal Reserve - CEDIA

Lieutenant Manuel Clavero. The partner communities of the Huimeki Communal Reserve met with the National Service of Protected Natural Areas (SERNANP) to review the ECA contract proposal[1] Ñukanchipa Sumak Sacha "Our Beautiful Forest”. This document contemplates the co-management between the ECA and the SERNANP Headquarters for the joint administration of the Huimeki Communal Reserve, this figure gives the State and the communities, an articulated work space for the management of the area. 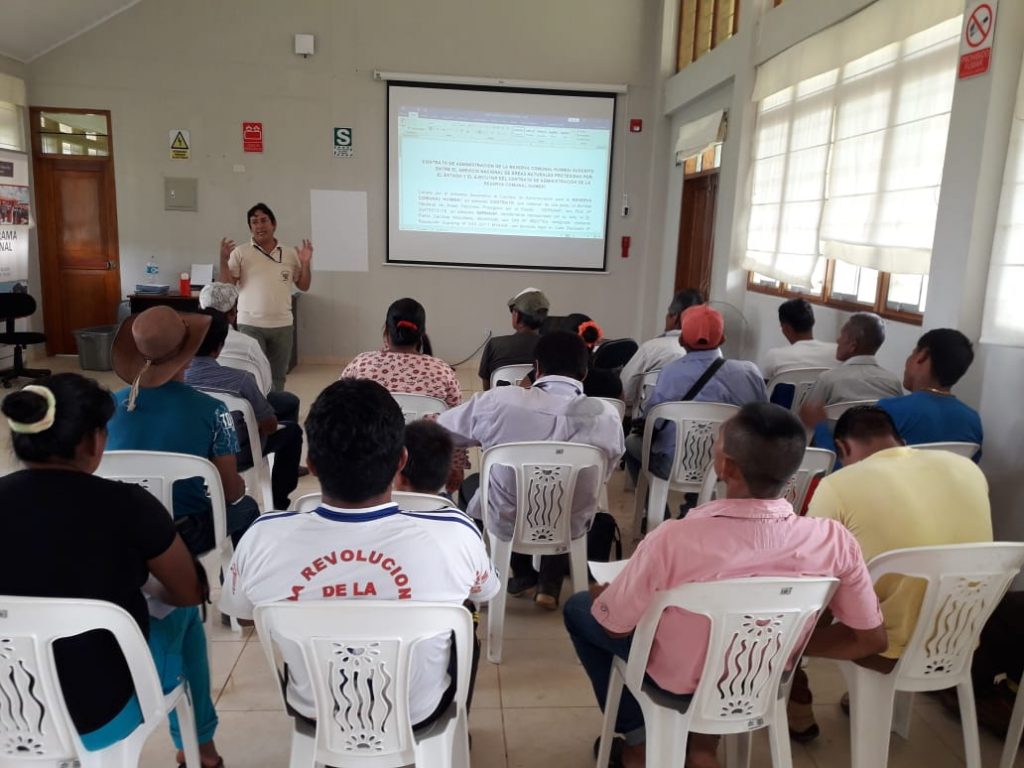 Representatives of partner communities of the Huimeki Communal Reserve during the meeting.

The meeting was held on March 23 and 24, in the Nueva Angusilla Native Community of the Putumayo River, located in the district of Teniente Manuel Clavero, Maynas province, in Loreto. Representatives of the Tres Fronteras, Puerto Lupita, Miraflores, Nuevo Peneya, Santa Rosa de Escalante, Peneita, Nueva Ipiranga, Nueva Angusilla and Nueva Esperanza native communities were present, as well as the Kichwa Indigenous Federation of Alto Putumayo Inti Runa (FIKAPIR) and Erlan Terrones Ahuite, a SERNANP biologist, as well as Rony Villanueva Fajardo, a natural resources specialist at the Center for the Development of the Amazonian Indigenous (CEDIA).

The next step, once the observations obtained in the meeting have been raised, will be to grant the agreement to the contract to celebrate its subscription, which is planned to take place during the Meeting of Administrative Contract Executors that will take place in the city of Quillabamba, Cusco. , by mid-April.

[1] Administrative Contract Executor (ECA) are instruments through which the State, through SERNANP, entrusts a non-profit legal entity, individually or in association, with the total or partial execution of the management and administration operations contained in the master plan, the annual operating plan and other management instruments of a SINANPE ANP, with the exception of communal reserves.