PROCESS OF TERRITORIAL SANITATION OF COMMUNITIES OF UCAYALI - CEDIA ADVANCES

The Center for the Development of the Amazonian Indigenous (CEDIA), in alliance with the Ucayali Regional Sectorial Directorate of Agriculture (DRSAU), is working on the sanitation process of five communities and a peasant community of riverside residents whose recognition process is under development. These are located in the district of Callería, province of Coronel Portillo in the department of Ucayali.

CEDIA has also been promoting the work of recognition of the GUAPRIES riverside peasant community, which is made up of three annexes - Guacamayo, Nueva Primavera and Nueva Esperanza-. This would be the first rural community of riverside residents of Ucayali.

CEDIA has been training this peasant community in the steps it must follow in order to achieve community recognition and management. The process has demanded informative, consultation and agreement meetings, as well as the constitution and gathering of information for the preparation of the file for its recognition. The community's territory is located in the unaffected area with the establishment of the Sierra del Divisor National Park (PNSD) in the upper part of the Callería river basin, adjacent to this ANP. The work that is being carried out in the area has the support of the PNSD.
On the other hand, CEDIA, by virtue of a letter of understanding signed with the Institute of the Common Good (IBC), has contributed to satisfactorily conclude the territorial expansion of the native communities Callería, Nuevo Saposoa and Patria Nueva; as well as finalizing the territorial sanitation of the Korin Bari community. All located in the Callería river basin in Ucayali.
The physical and legal sanitation of native and peasant communities has been one of CEDIA's main lines of work for 35 years. We are proud of the progress made by the communities in the Ucayali region, as this will allow them to secure and manage their territories. 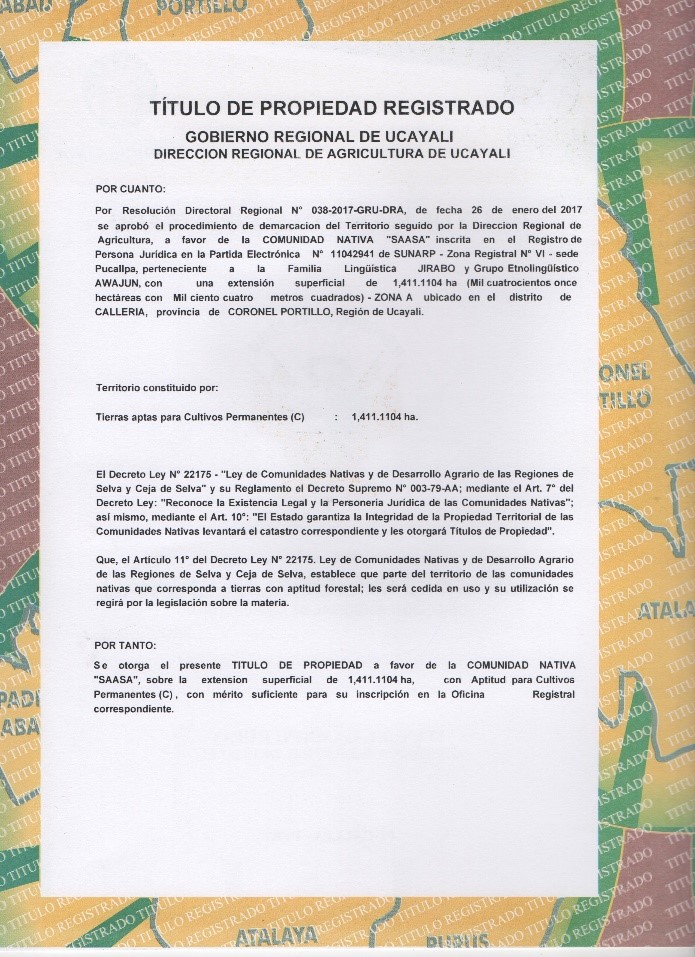 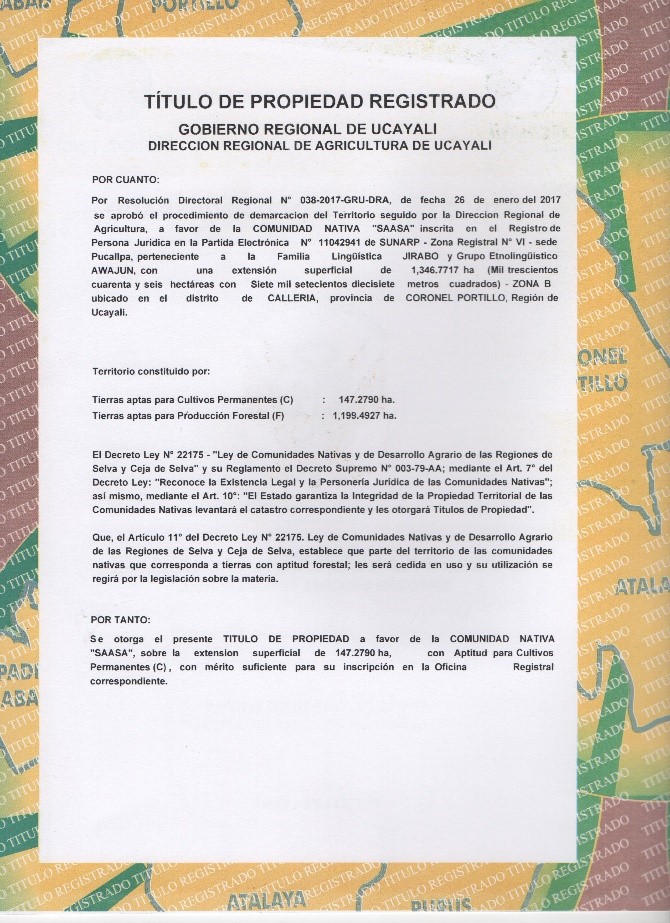