CEDIA PARTICIPATES IN THE WORKING GROUP: DOCUMENTATION OF THE POPULATION OF THE BORDER AREA AND INDIGENOUS PEOPLES - CEDIA 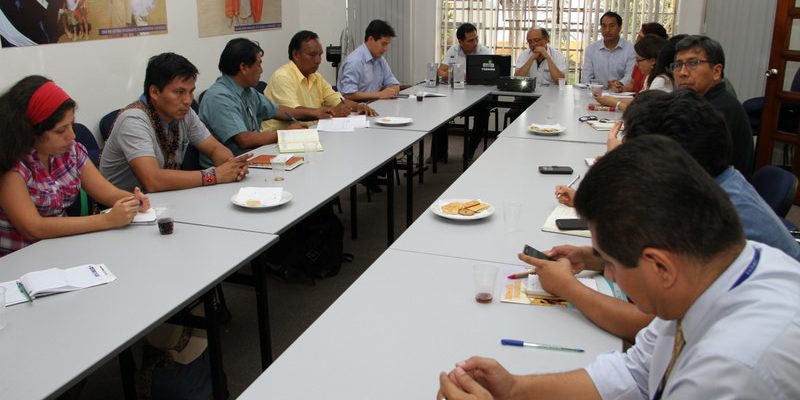 On March 29 and 30 of this year, the Identity Restitution and Social Support Management -GRIAS- of the National Registry of Identification and Civil Status (RENIEC) organized meetings, at its facilities, with the participation of the “Working Group: Documentation of the Population of the Border Area and Indigenous Peoples of the Amazon ”; one of its members and active participants is the Center for the Development of the Amazonian Indigenous (CEDIA).

On March 29, its objective was to plan actions against the undocumentation of the population of priority border areas for the year 2017. For this, RENIEC presented its activities and achievements in 2016, made a proposal of criteria for the location of new Civil State Registry Offices (OREC) of native communities and populated centers in border areas. Likewise, he announced the informational meetings held in communities, whose central themes were the importance of documentation for the population of border areas and technical registration assistance to citizens of those places.

Based on the number of National Identity Documents - DNI issued and trips made in native communities, according to age group, it was concluded that in the OREC located in border areas there is the highest percentage of errors and omissions in filling out the minutes. of birth.
On March 30, the objective of the meeting was to identify coincidences and join efforts among the different entities present, in order to improve the quality of civil registry care for indigenous peoples. For this, the 2017 Work Plan was presented and approved; the National Plan for 2021 was announced, those responsible for its implementation and schedule; Lastly, it was agreed to develop multisectoral articulation strategies that can be implemented through joint actions.

From CEDIA we salute the progress made by the Working Group and we will continue to contribute actively and meaningfully to, through multisectoral articulation, contribute to the solution of undocumentation in border areas and indigenous peoples prioritized for 2017, as this will It will allow access to one of the fundamental rights such as the right to identity.