Lime. The Center for the Development of the Amazonian Indigenous (CEDIA) and the National Registry of Identification and Civil Status (RENIEC), held on January 11, 2019, the official delivery of communication materials as part of the activities of the joint project “Improvement of the access to identification in populations of the native communities of the province of Requena, Loreto region ”. This project seeks that the native communities of the Capelo, Requena, Emilio San Martín and Yaquerana districts have access to the documentation.

During the meeting, CEDIA and RENIEC highlighted the importance of developing and disseminating communication materials as a strategy to overcome the intercultural fence that exists between the State and native communities. CEDIA considers that the visual is a powerful communicational component that facilitates the information of the population to which it wants to reach. In addition, it emphasizes the use of references typical of the environment, thus working on the appropriate graphic representation to generate self-identification of the target audience. 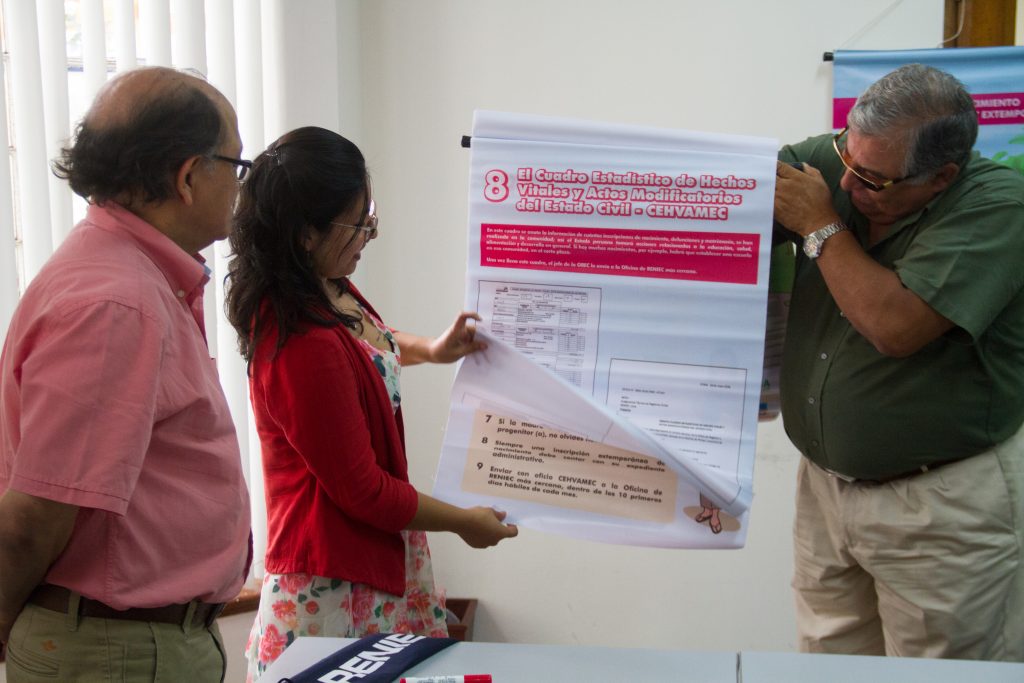 These materials delivered will serve for the Civil Registrars of the native communities to be trained and improve their work in the arduous process that they have been accompanying.

More than two decades of work

CEDIA and RENIEC signed in July 2017 the Interinstitutional Cooperation Agreement that has allowed the development of these communication materials and the development of free documentation campaigns in 17 communities of Bajo Tapiche and Bajo Ucayali, held from October 15 to 28, 2017 ; and, in 8 annexes of the Matsés Native Community, carried out from October 10 to November 9, 2017. For 2018, work was done in 10 native communities of the Ucayali River, from September 13 to 28, 2018.

The joint work of CEDIA and RENIEC dates back more than 20 years ago, both institutions joined efforts to carry out identification campaigns with the indigenous population of the Peruvian Amazon, train community registrars and establish Civil State Registry Offices - ORECs within of native communities.

As a result of this collaboration, the establishment of 39 ORECs has been achieved in native communities of Loreto, Ucayali, Cuzco and Madre de Dios and the registration and identification of thousands of Peruvians members of native communities.