Loreto. In order to close the territorial gaps of the indigenous peoples of the Peruvian Amazon, the Regional Agrarian Directorate of Loreto (DRAL) together with the Center for the Development of the Amazonian Indigenous (CEDIA) have been developing activities to start the process of physical-legal sanitation in the native and peasant riverside communities settled in the province of Maynas and Requena, in the department of Loreto.

These communities are part of the approximately 220 that will access new community titles, expansions of territory and rectification of boundaries and that will allow title to at least 6,102,946 hectares of Peruvian indigenous territory.

The informative activities are carried out through multicommunal workshops where members and directors of the communities are informed about the role that the Regional Government of Loreto plays in the titling process, as well as the regulations in force for native and rural communities of riverside, in addition they identify and recognize the existing problems in the territories.

The workshops culminate in the signing of the act of commitments with the different peasant and native communities attending with whom the DRAL schedules dates to begin the sanitation works in their communal territories. 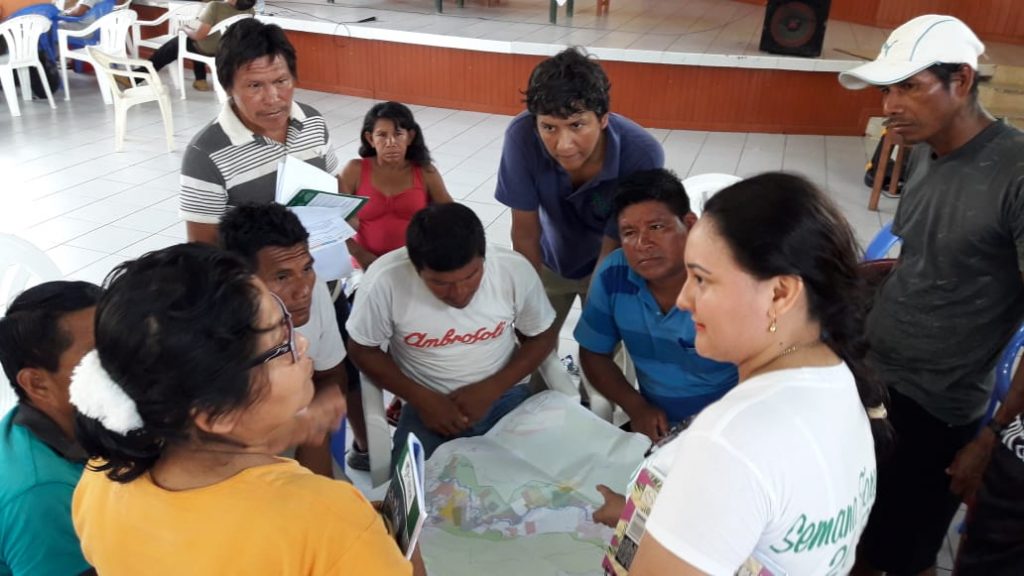 Basins of the Napo and Curaray rivers

The workshops of the communities settled in the Napo and Curaray basins belonging to the province of Maynas began this September 8 and 9 at the Municipal Theater of the Santa Clotilde Town Center. DRAL, CEDIA and the four ORKIWAN indigenous organizations[1], FECONCU[2], FECONAMNCUA[3], FECONAMA[4] They worked with 98 managers from 49 communities where local institutions such as the Napo District Municipality and the Justice of the Peace also participated.

The community members also recognized their territories, identifying boundaries, acquired rights, Permanent Production Forests (BPP), concessions, units of exploitation and use of natural resources in the areas of Alto Napo, Bajo Napo, Napo and Curaray. The space also served to answer doubts in relation to the situation of the territories of the basin, limits and possibilities of expansion. 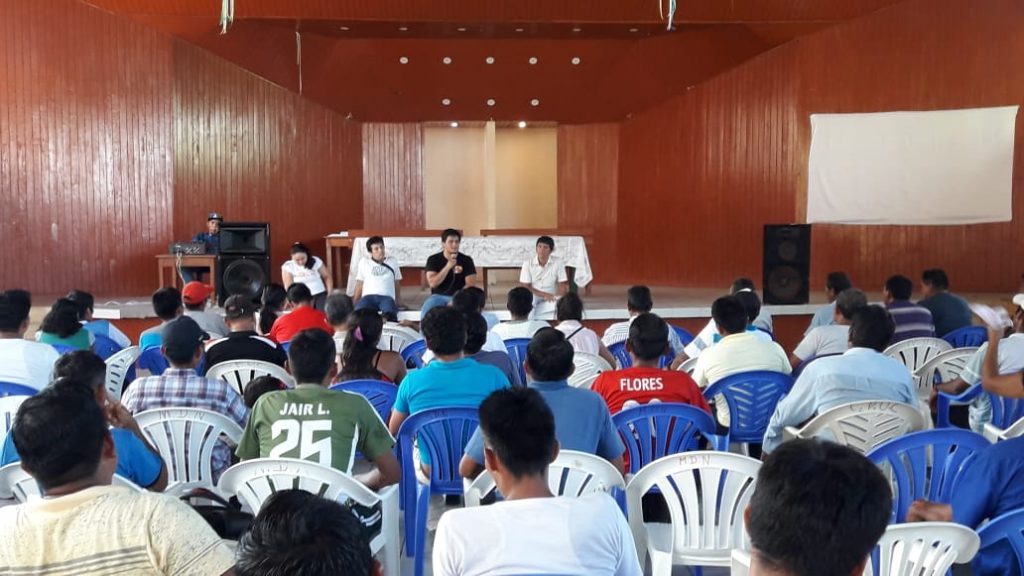 The communities settled in the Alto Nanay and Bajo Ucayali basins, which include the provinces of Maynas and Requena, also participated in these workshops on September 12 and 13. There were 35 attendees belonging to 20 native and peasant riverside communities that together with CONACCUNAY[5] they coordinated actions for two days to start the physical-legal sanitation works. The Directorate of Physical and Legal Sanitation of Agrarian Property (DISAFILPA) of Loreto was present at this meeting. 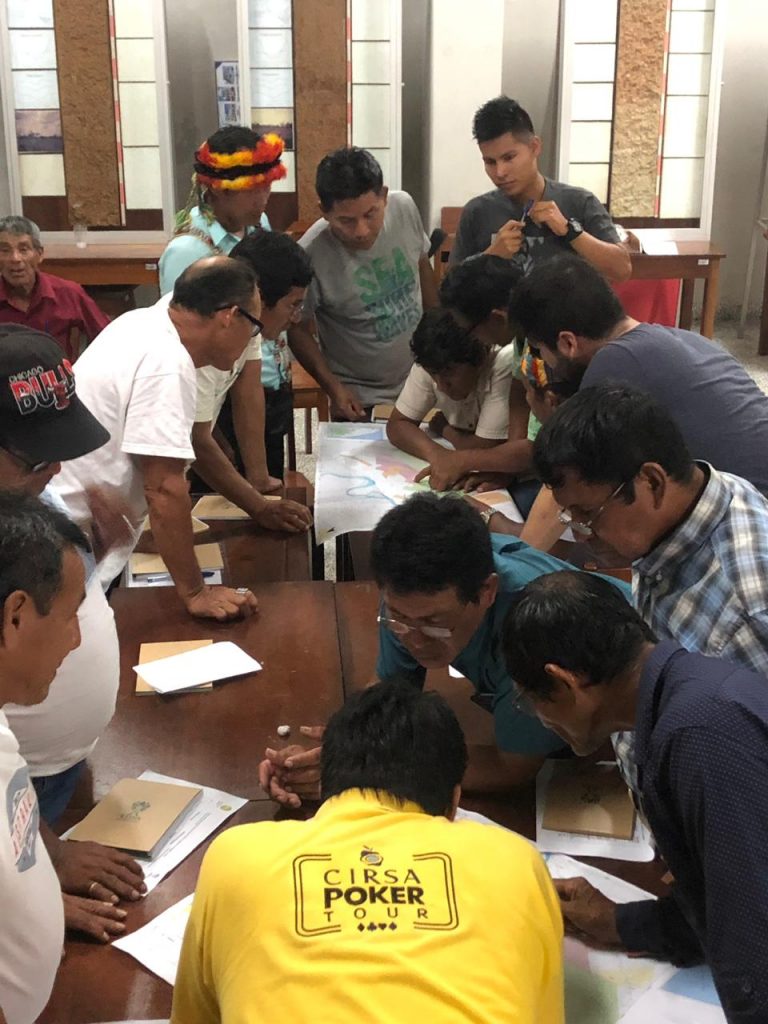 This joint effort between both institutions together with indigenous grassroots organizations is within the framework of the project "Final impulse for the protection of indigenous territories of the Peruvian Amazon", financed by the Rainforest Trust, which aims to create large spaces for conservation and management. sustainable, not only of communal territories, but also of forests or protected areas between rivers, where communities act as a buffer zone.

As part of the objectives is the delivery of a study called "Diagnosis of property, tenure and use of land" that will be the result of the compilation of information in the field of the real state of the communal territories of the Loreto region and Ucayali.

This project also considers the protection of endangered species such as the white-bellied spider monkey, the Brazilian giant otter and the black-faced black spider monkey that inhabit this part of the Amazon.

[3] Federation of Native Communities of the Middle Napo, Curaray and Arabela (FECONAMNCUA)