Ucayali. On March 15 of this year, field work began to draw up the Joint Plan of the Territory, that is, the demarcated area that will be titled in favor of the Guapries del Río Alto Callería Riparian Peasant Community, located in the Callería district, Coronel Portillo province, Ucayali region. The activity consisted of incorporating the name of the streams identified and recognized by the community members of Guapries, located in the territory. 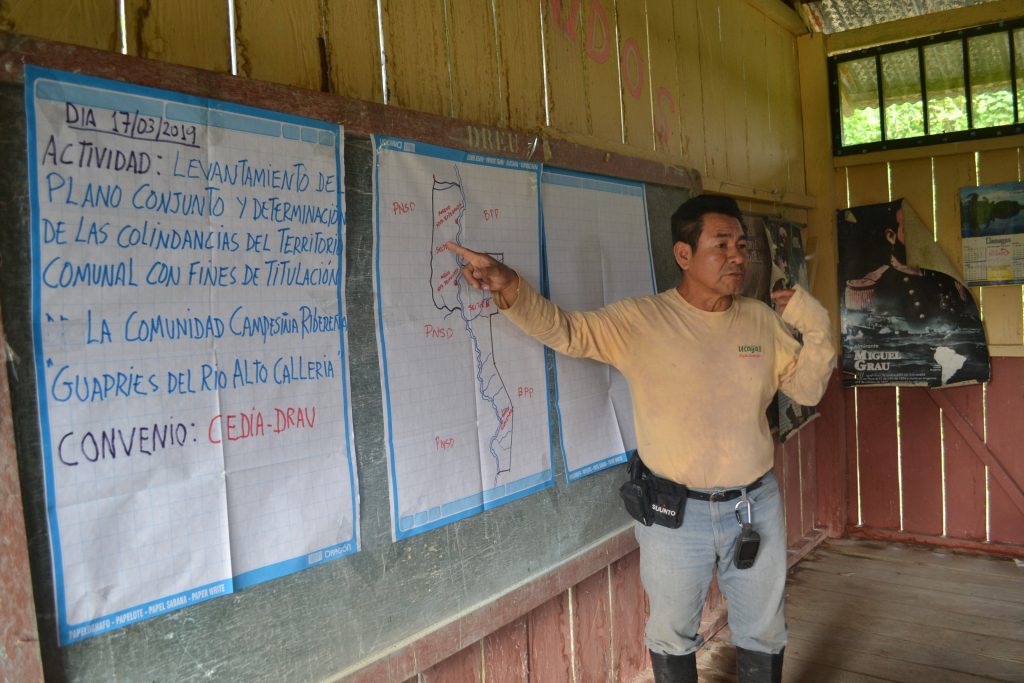 The work in the field and the entry into the area were notified through regional and national circulation media, according to Law No. 24657, which declares the demarcation and titling of the territory of the peasant communities of national necessity and social interest. Community members of Guapries were present, those adjacent to the Sierra del Divisor National Park, represented by the National Service of Natural Protected Areas by the State (SERNANP) and those of the Permanent Production Forest (BPP), representing the Forest and Fauna Service Silvestre (SERFOR).

During the execution of the works, general assemblies were held in the Guacamayo and Nueva Esperanza annexes, belonging to Guapries, to publicize the beginning of the titling process, the steps to follow and the activities to be carried out. 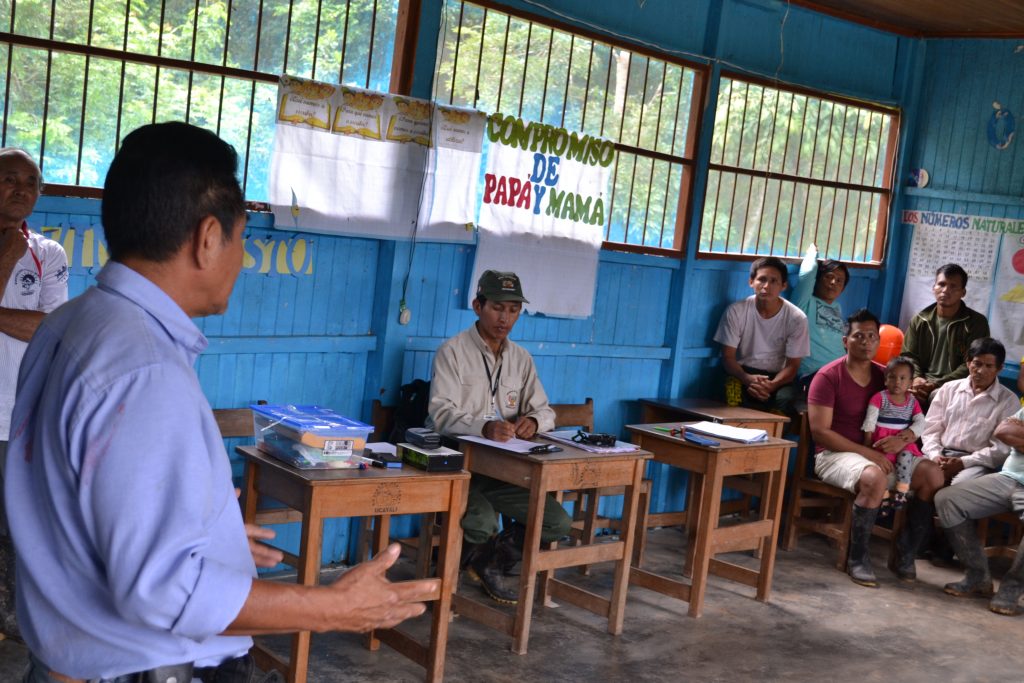 Representative of the DRA Ucayali explaining the details of the work.

After this process, the Directorate of Legal Physical Sanitation of the Regional Agrarian Directorate (DRA) of Ucayali will process all the information collected until generating the Joint Plan of the Territory and the descriptive memory, which together with the adjoining acts; they will constitute the definitive titles of property of the community on its territory. This activity is carried out within the framework of the agreement signed between the DRA of Ucayali and the Center for the Development of the Amazonian Indigenous (CEDIA).