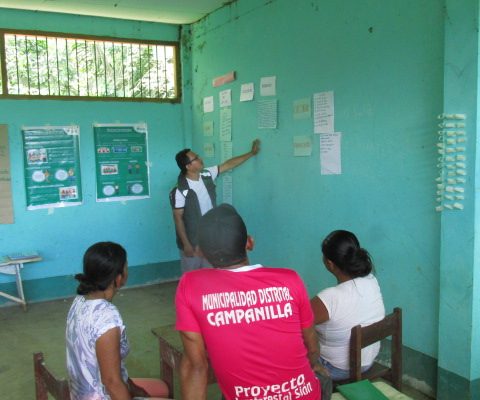 April 06, 2018.- Between March 14 and April 4 of this year, the Center for the Development of the Amazonian Indigenous (CEDIA) began the process of preparing Life Plans and Organizational Strengthening in 14 native communities located in the districts of Requena, Jenaro Herrera and Saquena in the province of Requena, Loreto. This event was held in close collaboration with each of the communities and through participatory spaces in workshops and assemblies that were facilitated by the CEDIA technical team.

Through these processes, the aim is to build Life Plans that are useful for the communities, since they are expected to be instruments of management and community development. This planning also aims for the communities to consider activities to maintain, improve or change the state of their community and identify those instances where they can find allies to achieve the objectives that are set. Activities that seek to improve the involvement of women in political participation, the revaluation of traditional culture or the completion of physical and legal sanitation were the most outstanding. Likewise, several communities elected their Boards of Directors and approved their Statutes to register them in Public Registries.

Also, the capacities of the local population were strengthened through workshops on Community Organization, titling processes, legislation of peasant and native communities and the State and its role in the face of the needs of the communities.

These activities have been developed within the framework of the project "Building durable conservation areas and strengthening governance in the Yavarí - Tapiche Mosaic" which aims to improve governance and strengthen local capacities to conserve biological diversity and promote development based on the sustainable use of natural resources in the basins of the rivers under Tapiche and under Ucayali in Loreto.