Loreto. The National Service of Natural Areas protected by the State (SERNANP), an agency attached to the Ministry of the Environment (MINAM), advances in the strengthening of its institutional mission through the implementation of a new decentralized headquarters in the province of Requena, Loreto region .

This new administrative headquarters will strengthen the management of the protected natural areas of the Pacaya Samiria National Reserve, the Sierra del Divisor National Park and the Matsés National Reserve. Its implementation will seek to interconnect the control and surveillance actions between the heads of the three protected areas to conserve biodiversity and promote the sustainable development of their local populations.

The construction of this new infrastructure is the result of joint work between the State, the German Cooperation and the Andes Amazon Foundation, for which approximately S / 180 thousand soles were invested.

As part of the inauguration ceremony, the head of SERNANP, Pedro Gamboa; the technical advisor of the Forests Program, Rudy Valdivia; the mayor of the province of Requena, Marden Paredes; the representative of the Federation of Communities of the Tapiche and Blanco rivers (FECORITAYB), Roberto Tafur; the representative of Andes Amazon Fund, Enrique Ortiz; the executive director of the Center for the Development of the Amazonian Indigenous (CEDIA), Lelis Rivera, among others. 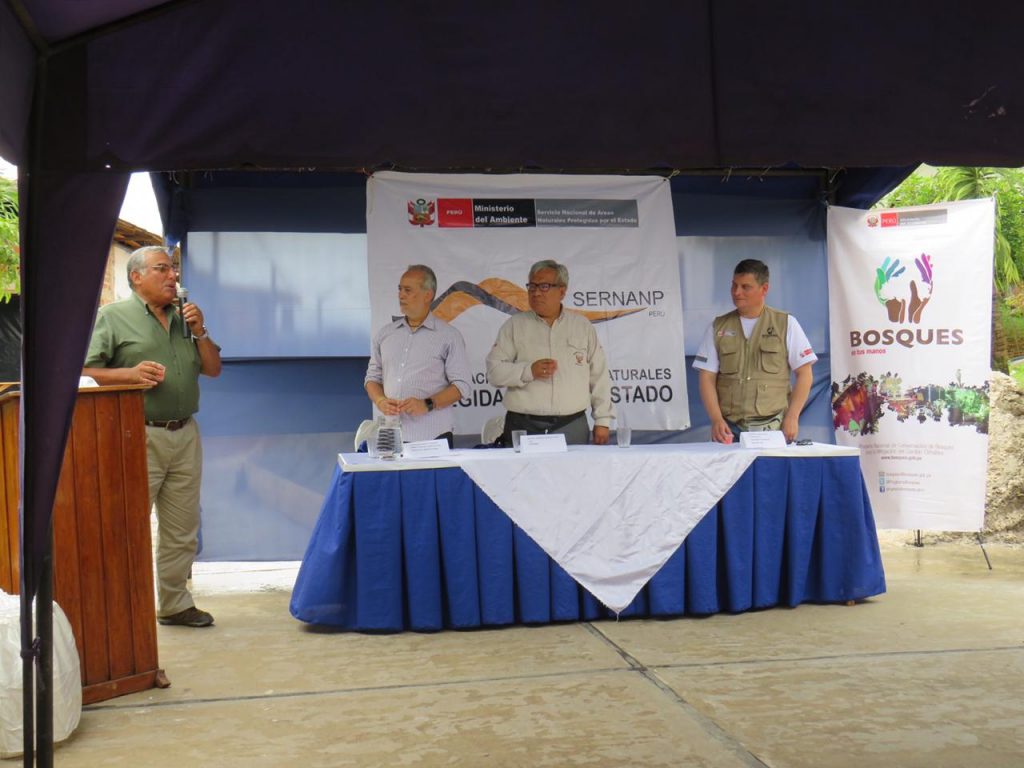 The Executive Director of CEDIA, Lelis Rivera, highlighted the important change evidenced in the communities of the Blanco and Tapiche river basins: in less than 10 years they have created 2 Protected Natural Areas and with their management documents approved; the 100% of the healthy communities and with Life Plans linked to the planning systems of the Regional Government of Loreto; with approved Management Plans and others in progress; among many more achievements that have only been possible thanks to a relationship of trust between State entities such as SERNANP, the Regional Directorate of Agriculture of Loreto, technical and financial cooperation agencies; and, mainly with the communities.

From CEDIA, we congratulate this initiative and reaffirm our commitment and joint work with SERNANP for the conservation of our Amazon and the benefit of the communities.