Lime. Discussing and analyzing the relationship between indigenous peoples and the State is urgent in the national and global context. In response to this need, the International Seminar: State and indigenous peoples in the Peruvian Amazon was held. Organized by the Andean Rural History Seminary Institute and the School of Anthropology of the Universidad Nacional Mayor de San Marcos, with the co-sponsorship of the Anthropology Student Center of the UNMSM (CEAN), the Amazon Center of Anthropology and Practical Application (CAAP) and the Center for the Development of the Amazonian Indigenous (CEDIA).

The seminar was held from November 29 to December 4 in the auditorium facilities of the Faculty of Social Sciences. During these conferences, relevant issues were addressed such as the design and implementation of intercultural policies, the rights of indigenous territories, the political role of indigenous organizations, the production of ethnic identities from or against the State, as well as dilemmas and visions of development. in the Amazon. It should be noted that there was the special participation of the Brazilian anthropologist Joao Pacheco de Oliveira, professor of the Postgraduate Program in Anthropology (PPGAS) of the National Museum of the Federal University of Rio de Janeiro (MN-UFRJ).

As part of the Amazon Ethnographies table, Pierre Castro, anthropologist and CEDIA consultant, participated with a presentation entitled Amazonia and the State: From direct ethnography to ethical and indirect ethnography for the protection of indigenous peoples in isolation. His presentation began with a discussion about the exercise of an instrumental anthropology or a committed anthropology in Peru. After outlining several open questions on the subject, he made a historical tour of the direct Amazonian ethnography carried out by the State from 1970 to 2017. 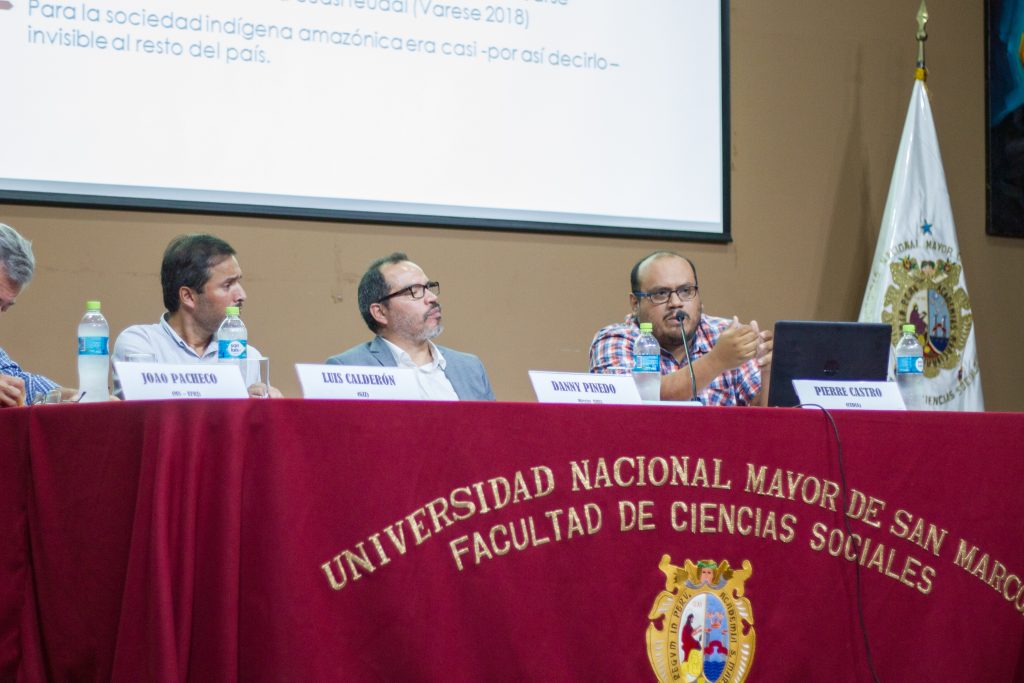 He continued with approaches towards ethical and indirect ethnography and its links with field work for the protection of Indigenous Peoples in Isolation (PIA) from the Peruvian case. Likewise, he discussed the methodology applied to the ethnographic studies of PIA and emphasized the role that the State and the NGOs have played in promoting the fulfillment of the rights of indigenous populations in isolation.

The set of reflections of this seminar contribute in sum to being able to generate a critical dialogue both between specialists in Amazonian anthropology and officials of the State and indigenous organizations.

You can see the audiovisual record of the different tables of the seminar here.